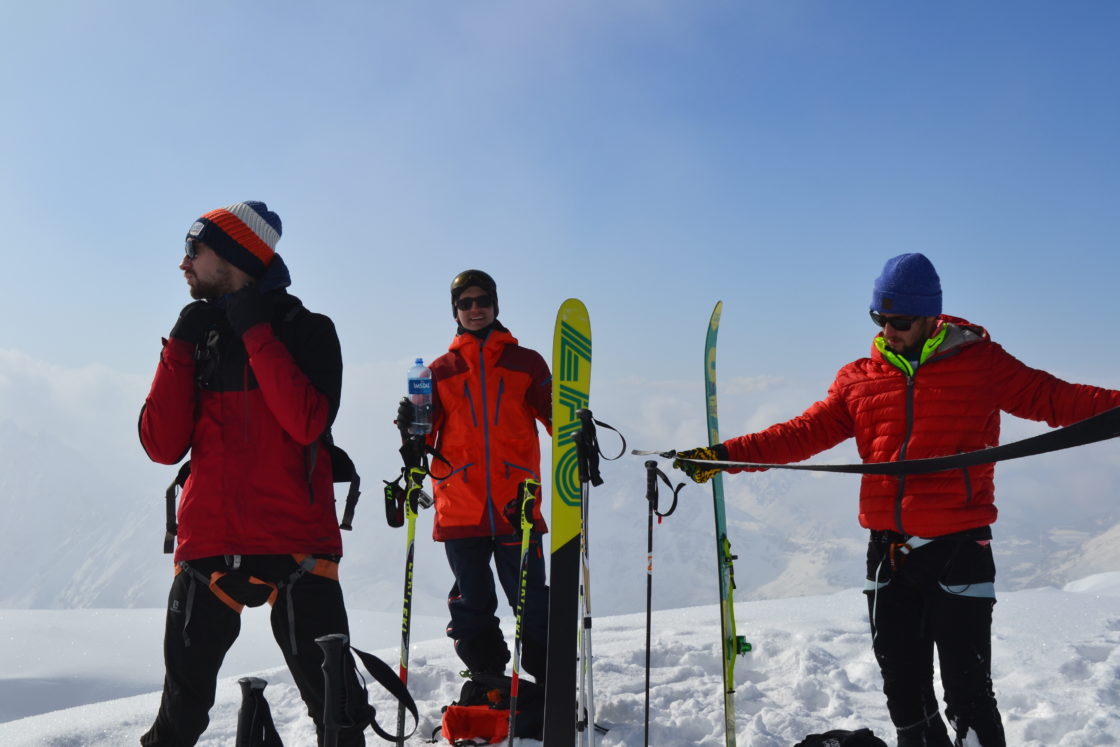 Ski touring requires specific equipment, and the more we are looking for performance and fun, the more accessories there are !

Touring skis or a split board :

Of course, touring skis or a split board are required. There is every type of touring skis, some that focus on the descent, wider and heavier to have a better flotation and stability on the snow during the descent like the Zag-BAKAN (112mm under the foot for 1,5Kg), other ones are finer that bring a better compromise between climbing and descent like the Zag – UBAC (94,5 mm under the foot for 1,240Kg), and others even finer and lighter shapped for long distances where the search of performance is pushed to its maximum (like the Zag-ADRET 81mm under the foot for 0,980Kg). It’s up to you to choose the ski according to your abilities and ambitions. Discover ZAGSKIS range

There is also a varied choice for bindings compatible with ski touring.

There are 2 mains types of bindings:

The standard inserts (specific to ski touring): lighter, which have a very good performance but which requires specific hiking shoes with an insert.

Semi-Alpine bindings: This is exactly the same as conventional alpine ski bindings, they offer a very good downhill stability but are heavy on climbing. This is ideal for small hikes and occasional users.

Touring skins simply need to be adapted to the size and shape of your touring skis to have a good adherence during the climb up.

With or without inserts, they must be adapted to the ski binding. Of course the weight varies according to the models. As for the choice of skis and bindings, it is necessary to find coherence in this trio according to your level of skill.

When you start being an expert in ski touring and you are likely to end up on slopes with hard or icy snow, it is better to have crampons to avoid slipping sideways! They must be adapted to the width of your skis.

Some people prefer adjustable (or telescopic) poles to adjust the size when climbing and descending for comfort, but let’s not forget that it’s not the poles that make the skier!